Progression of a Rain Delay

Ok, here are some photos:

These first two are from our original seats. They were great seats and for wonderful price – but they were pretty far away.

These next three are from our first move down and closer. As you can see we were just up from the on deck circle, in between home plate and the dugout. 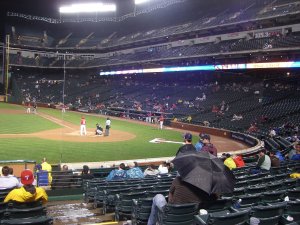 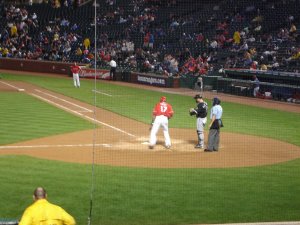 Do you reconginze this back of the head?
I’ll give you a hint…Low Rider…A song that was played when he went to bat?
I’ll give you another hint: my favorite player in 1995 and a few of the subsequent years. 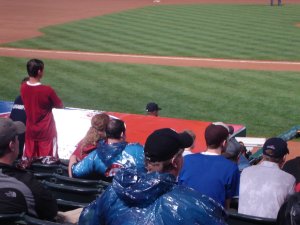 Joey Cora! He’s the bench coach for the White Sox.

We moved a second time and ended up practically behind home plate. 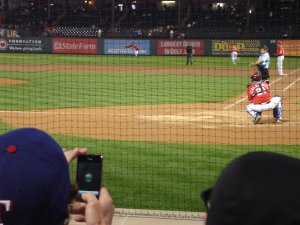 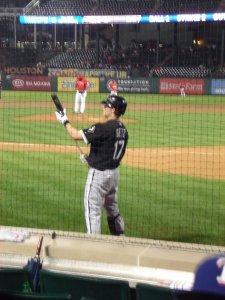 Me. Please excuse the “I look like a drown rat” look. That’s about how I felt. My shoes are still drying out two days later.

Finally, this is a picture of me preparing for the M’s game next week. I recently realized that I did not have a hat to wear to the game when I go watch the M’s play the Rangers, so I picked up a M’s circa 1981 design. – I also acquired a lovely retro jacket to wear as well.

2 responses to “Progression of a Rain Delay”